It's 120 m. tall, it's 800 tons heavy and it's fed with solar energy.
Daitarn 3 was planned and costructed by Doct. Haran Sozo, Banjo's father (Banjo is the hero of the series).
It's able to transform in three different configurations: the space-ship (this is its form when it's in "stand-by"), the robot and the tank.
Daitarn 3's modulus can be called through a medallion-shaped transmitter. It's necessary to pilot it that Mach Patrol, a car in a position to change itself in a flying machine, goes into its internal part. The pilot haven't a direct outside view but he can watch what it happens around through a series of monitors. Daitarn 3 (japanese real name is Muteki Kojin Daiturn 3), produced by Nippon Sunrise between 1978 and 1979, was the first robot to have a human face who could show expression like rage, astonishment, pain. Daitarn 3 was a series in which, also in more violent fighting, was possible to observe a combination of irony (as one see by protagonists'behaviour) and dramatic quality.
Robot design and its transformation was planned by Kunio Okawara who also planned the robot design of the first Gundam's series. I would to thanks my friend Susanna Di Giulio who helped me to translate these informations from italian to english... ^_^ 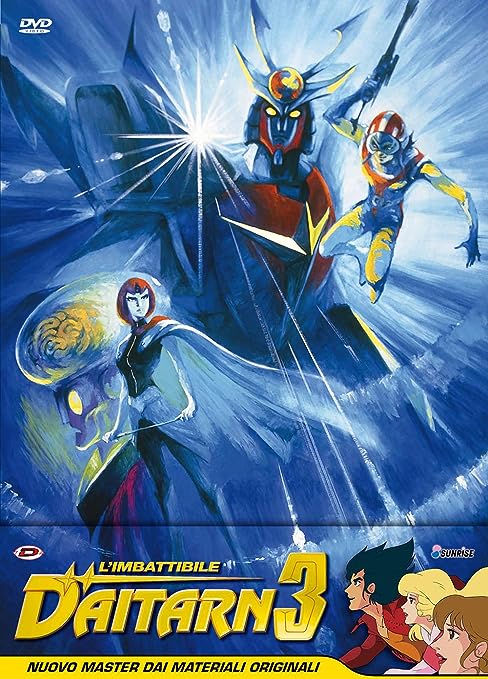 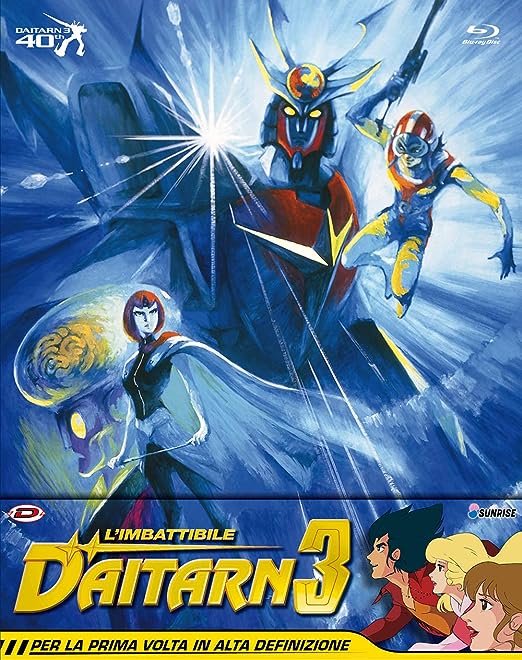