In the last few years, 3D printing has been largely diffused not only in industrial sectors for prototyping, but also in the consumer market: today, almost everyone can print their own creations (in this regard I also made an article on the most interesting 3D consumer printers of 2019, in italian). Among the possibilities for converting your 3D files from digital to real, there are various 3D online printing services that, for a few euros, will provide a quality 3d printings with a wide variety of solutions: materials, dimensions, etc.

Among the services available today, I want to talk about Shapeways, one of the first 3D online printing services, and probably for options available of the best; I used this online service for some 3d printings (for example the ceramic cappuccino cup in the shape of head of Jeeg Robot (Jeegmug)): in this article I want to show you a little more detail about an old project: the 3D printing of my Jeeg in 3d.

This is what came out of it... 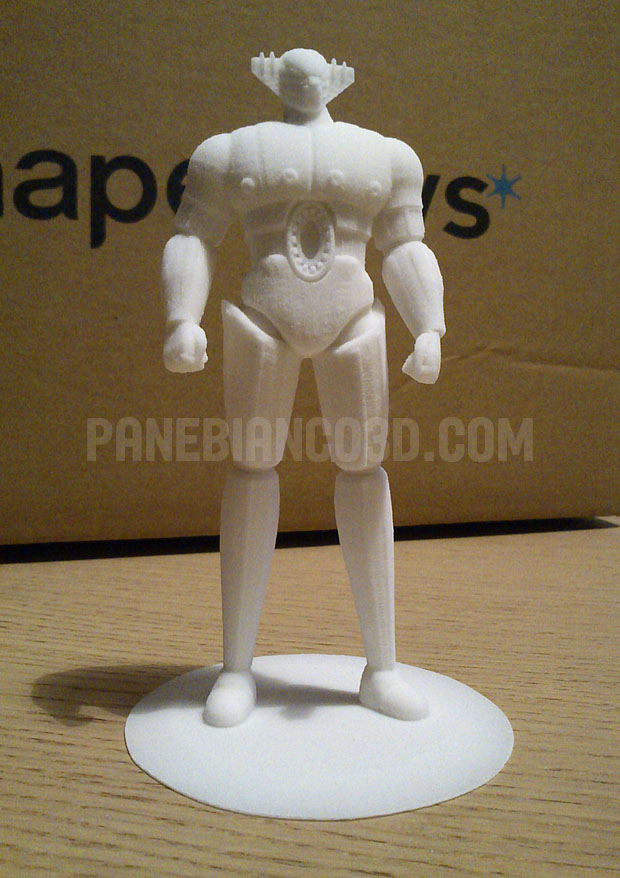 Continue reading "My experience with 3d printing and Shapeways"...

Giant Robot 3d modeling started on 2002; after a long pause, it has been reprised and completed on april/may 2005.
3D model has been made with Lightwave3D using (almost completely) subpatches. 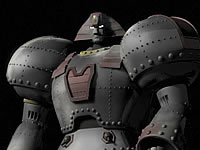 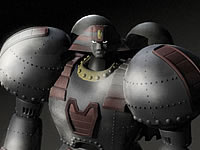 Giant Robot, 3d wireframe#2
Lightwave 3d, Layout: another screenshot for Giant Robot 3d model (this is the wireframe of the rendering above) 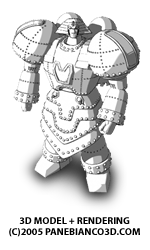 After what I published in 2016, this year I show you my personal list of events, courses and conferences you can attend during the 2017.

Here, however, you will find only the events held in Italy, since in my country there are no websites that list these type of events.

The events mainly concern topics related to web marketing (SEO, Web Marketing, Email Marketing and Social web marketing), development - jquery, php - graphics in general, 3d, 3d printing, animation and video games. Here you could also find events that act as incubators for startups, to be held in Italy in the course of 2017.

As probably some of you already know, last october 2016 has ended the 17th edition of Viewconference - the event on computer graphics, animation, the most important effects in Italy and probably one of the most prestigious in Europe. This year was held the 17th edition, always in the name of openness to creative young people and schools (hundreds has been students who participated to this event).

The leitmotif of this edition, as well as always to the visual effects and animation in general, is certainly virtual reality, and many are the talk where he's talked at length.

October 26th, 6.30PM - Viewconference 2016, Turin (Italy). This talk was given by Ryan Tudhope, VFX Supervisor for the movie Deadpool and co-founder of Studio Amotic Fiction.

All shots were rendered with Conductor (www.renderconductor.com), a cloud-based rendering service used by Atomic Fiction mostly in last 2 months before the deadline of the project: in that time they completed almost of 70% of total renderings, and 20% in one week, using an average count of 32,000 cores. Continue reading "Deconstructing the opening scene of Deadpool"...

October 28th ottobre, 5:30PM - Viewconference 2016, Turin (Italy). Rather than present the latest animated films on which he worked - Sausage Party -, Conrad Vernon (Co-director in this movie) tells us about his career, starting when he was a kid: the spark that triggered in him the desire to get closer in the world of animation was in the age of 13 thanks to the animated film "Heavy Metal", or rather its trailer, since for years his mother forbade him to see it because of the many nude or allusive scenes.

October 27th, 3:30PM - Viewconference 2016, Turin (Italy). Akili is a US company that aims to study the therapeutic effect of video games for people with cognitive disorders, such as autism, Alzheimer's, etc.

It has developed over the past years some "therapeutic videogames", with the goal of to try to cure this kind of disease, but not only.

The approach of Akili is based on the foundation for which, today, we do a lot for our physical well-being: wellness, physical activity, gym, sports, but in general we do nothing to develop our brain that, if we don’t push it and we don’t use too much, it relaxes and loses its flexibility.

Too often, to increase our brain performances we use drugs - molecules that increase efficiency or mental capacity - but this often is not enough, or may in some cases be harmful and counterproductive. Continue reading "Neuroscience and videogames, a New Class Medicine"...

October 27th, ore 4:30PM - Viewconference 2016, Turin (Italy). Barry Meade, co-founder of Fireproof Games tells us about the process that led to the creation of his Game Studio and the creation of The Room, Game of the Year for iPad in 2012. Barry has experience animator in the game industry, developed especially within the Criterion Games team, and working especially in driving games as Burnout 3, Burnout 4, Burnout Pradise and also Black. With some of his colleagues, during those some years in Criterion Games they created a friendship and a unity of purpose and they decide to leave their job to founding a new independent software house.

In the beginning of their experience as indipendent studio, there were only six, and at first they had to refuse many jobs, if they need to hire other people: in fact, they didn’t want to become an outsourcing hub as happens in many companies that work for major studios, because their concept was that "if you do something you do not like, you can not put your soul on it."

Some questions Barry Meade answered during the DevGAMM! Conference

At the beginning of 2012 they have therefore decided to approach the mobile games market, fast growing at that time, although they didn’t know much about devices, technologies, mobile programming languages… in general neither the industry nor the systems development: they decide to hire for some months some developers specifically oriented to mobile, specifically with the idea to let these developers to develop their ideas and game concepts, and at the same time to study and learn from them.

The main idea was to develop three different video games in the early months of 2012, starting to prototype them, then decide on which of the three focus a complete development. The Room was the second one and from the start it was clear that the game could be very good: they immediately decided to continue the development of this, so leaving aside the idea of creating the prototype of the third idea.


The game “The Room” was released in September of 2012 and was immediately inserted in the Apple Store in the “recommended games” box: this allowed them to have a boost in sales, but it lasted very little (just a dozen of days) and the sales curve has dropped to much lower levels, until in the Christmas period, where there was another major spike in sales, also lasted for a couple of weeks, and which coincided with the election of “the Room” as best iPad game for 2012.

In general, the gains were not very high, but however they was satisfactory to give them the possibility to maintain open their Studio.

Barry tells us that, in general, if you pass the first year without closing, then you have a very good chance that things start to get going. However, we must always remember that if you seek the highest gains, probably you cannot reach this goal, because as Indie Studio you need to challenge every day in a market where there are top games, developed by teams of dozens (or more) people and very high budgets.

Speaking about earnings, Barry say their policy has been not to focus on in-game advertising, but focusing their strategy on a more targeted audience of people willing to pay for a game, but a game well developed and free from disturbing elements (as ads in free-to-play games). 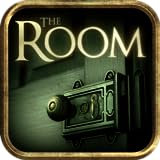 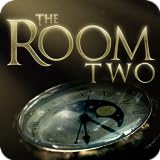 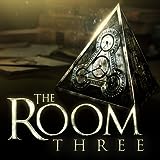 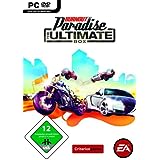 Continue reading "Making “The Room” & the lost business of Art"...

October 28th, 9:00AM - Viewconference 2016, Turin (Italy). In this talk Karen Dufilho-Rosen - executive producer of the Google Spotlight Stories team - presents the video in VR made by her team with the title Pearl, which can be viewed with any viewer for virtual reality, such as Google Cardboard (which you can find easily, for example in Google Play Store or Amazon).

The team where Karen works has the task to study and test new technologies and - in this example - discover how to create new opportunities in the field of storytelling.

The video is about 3 minutes long, or if you want the duration of a song (that is the soundtrack of the whole video) and most of the time is shown inside a car, in which a father and a small daughter evolve, grow, changing their relationships and - at some point - their roles in their relationship.

A very emotional video, in which the user is immersed in the story because it’s placed in the passenger seat: so the user has the ability to rotate his heads and see what happens inside the car, observe the driver, the passengers in the back seat, watching out the window.

Karen focuses a part of her talk on how much they studied the graphic design, always looking for the right stylistic compromise to tell the story in a good way.

One consideration that I personally arises concerns the fact that: 1. The video as I said is very exciting and well done, and 2. I think (but it’s my very personal opinion) the VR here is not helpful.

What I mean is in this story the shots and the right perspective to watch the story are fundamental: it’s absolutely necessary for understanding and folllow the story, and this could not happen because the video runs as fast as a music video, change scenes quicly and - if the user could have no time to see something done by characters, losing something in the story.

Pearl can be viewed by everyone, since it is available as a video on Youtube to 360 °:

This is my personal opinion, I mean that this is valid for this particular story; of course Pearl is a production made in a time where there isn’t a standard in storytelling, they are only experiments, then everything is fine at the moment, the important thing is testing, and compare the feedbacks from the web users. After all, says Karen Dufilho-Rosen, a rule that exists in Google - but it’s a rule valid in all Silicon Valley area - is "The quickest way to do something is do it". What do you think?

During the final minutes of this talk, Karen speaks also about a SDK (where the acronym stands for time Story Development Kit), but currently it is a rather complex software that was released in testing only some studios, not for everyone. 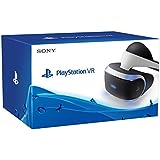 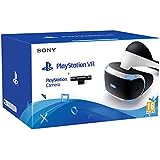 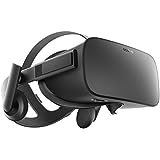 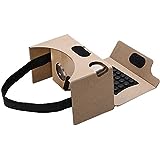 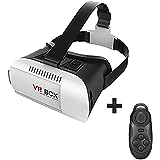 October 28th, 10:00AM - Viewconference 2016, Turin (Italy). Prof. Donald Greenberg can be considered the father of computer graphics. He was, with his research, the first tests and the first 3d animations in the ‘60s the first person to have opened the way for the 3D world as we know it today. Even today, Professor Greenberg’s studies are supported and funded by many IT companies such as Microsoft, Pixar, Dreamworks, Valve, Oculus, and many others.