The future of videogames, panel with many experts

Continue reading "The future of videogames, panel with many experts"...

October 28th, 6:30PM - Viewconference 2016, Turin (Italy). Roger Guyett shows us a long series of deleted scenes, test, preview, etc. related to sequences from the last Star Wars movie, the Awakening of the Force, for which he was the Visual Effects Supervisor for ILM (Industrial Light & Magic) .

Roger tells us that the movie counts over 2200 shots with some type of vfx. The collection of references was a very long work, especially they focused their attention to understand what should be the right shots and the right light.

This led them to the desert of the United Arab Emirates, during the summer ar the 50° C… it was very tiring, one of the worst things that he has done throughout his career, but it was still a very useful experience for him and for all his team to understand what were the changes in light throughout the day, the change in color of the sky and the sand.

October 28th, 2:15PM - Viewconference 2016, Turin (Italy). Rob Bredow, Chief Technology Officer at Lucasfilm, speaks to us about the experiments underway at the ILMxLAB, the laboratory of Lucasfilm that deals with immersive entertainment, focused mainly on virtual reality: he tells us in the beginning that they are studying a many different solution and implementation of VR, but also by the Augmented Reality (AR) and MR (Mixed Reality), and the range of opportunities is very large.

October 27th, 6:30PM - Viewconference 2016, Turin (Italy). Steve Emerson, VFX supervisor at Laika, talks us about the company where he works and who recently turned 10. Through a journey in various movie productions, we could have to opportunity to admire the skills and meticulous precision with which the animation artists work in this Studio become famous with its first movie “Coraline and the Magic Door”, and subsequent productions like “ParaNorman”, “Boxtrolls - the magic swords”, until the last release “Kubo and the magic Sword”. The common denominator of Laika is, as you may know, to produce films in stop-motion.

October 28th, 3:20PM - Viewconference 2016, Turin (Italy). An interesting and at times amusing interview conducted by Barbara Robertson, which was actively attended by many people in the room, probably because of the empathy that had the host with the audience.

Continue reading "The Marvel Method: a look inside Marvel Studios"...

October 27th, 9.00AM - Viewconference 2016, Turin (Italy). Mauro Fanelli from Mixed Bag presents the productions of this italian indie studio, that develop games mostly for consoles. I arrived late and this talk was already started; he spoke about “Forma.8”, a videogame made with Unity 3D and whose release date is scheduled for January 2017, if no delays occur, and will be available for all platforms (smartphones, tablets, PCs, consoles) and also on Steam Powered website.

Forma.8 is an exploration game where the player is be completely free to move around the game world: in fact, the world is a “single openworld”, although there will be five fights boss, but wothout an "end of level connotation" .

The game will have a total of 8 hours of gameplay, a great deal if you think (he said) indie games normally have no more than 4.5 hours, and the current standard is only 2 hours / 2 hours and a half.

An interesting feature is the presence of multiple endings, while from a technical standpoint, they worked a lot to allow 60 fps on all platforms.

Speaking about graphics, Mixed Bag was inspired by two classic videogames of '90s: Metroid and Another World. Another interesting feature is that there is no in-game text: a deliberate choice, but it has meant a complex challenge.

From the point of view of marketing and visibility, they have been helped by the manufacturers of consoles (Nintendo and Sony). For example, Forma.8 is sponsored by Nintendo, while another their game - Futuridium - it has been sponsored by Sony.

Developing Forma.8 required a long study and test on the graphic design and the final look of the game; they decided to give it a minimal look, with much presence of black and background objects with bright colors. Reaching to this style they did many tests and iterations, but now they are very satisfied because they arrived to its goal: giving to the player a sense of mystery.

Another important factor was the control system, initially designed for tablets only (iPad) and then simply extended to other platforms, because the system worked fine with all devices.

Technically, all assets are in vector graphics, made in Adobe Illustrator and then passed to Unity 3d through an importer they developed ad-hoc.

At the end of this talk, Mauro Fanelli give us some suggestions about how a small indie studio could have success in the videogame market: he told us the most important think is trying to create a networking of professionals, and attend to meetings of game development. Then, another important tip is to try to prototype all our ideas, because this is the only way to test if they are good or not... and to do this Unity 3d is a great tool and could help us in this.

The Art and Science behind creating a photorealistic Jungle Book

October 28th, 12:30PM - Viewconference 2016, Turin (Italy). This talk is presented by Rob Legato, VFX Supervisor for the film The Jungle Book. He has previously worked in large productions such as Titanic, Harry Potter and Avatar.

Continue reading "The Art and Science behind creating a photorealistic Jungle Book"...

October 27th, 2:30PM - Viewconference 2016, Turin (Italy). Audrey Ferrara, Environment Supervisor at MPC (the Visual Effects studio who worked for the movie The Jungle Book), tells us about the process by which they have created a realistic jungle in all its details; the shots were really a lot to accomplish, about 1,200 in total (!), and they required about two years in total for the full realization and more than 800 artists from the MPC, located in its three offices around the world (Los Angeles, London and Bangalore). Continue reading "Crafting a photoreal jungle for Disney’s The Jungle Book (“The Jungle Book”, Audrey Ferrara, Environment Supervisor - MPC)"...

Oniride works mainly on projects for museums and archaeological sites, but today they wants to show us their project of immersive comics using virtual reality devices.

The biggest problem (but also the great creative challenge) from the point of view of developing virtual reality applications is that today there are no rules yet; this is why, in recent months, Oniride developed their first “virtual comic”, initially for Android and also available today on Oculus Store.

They are concentrated in creating this type of product (comics VR) because the possibilities provided by virtual reality for storytelling are enormous; for this reason, they want to create a trend, a comics vr market and to push this idea they created their first product called “Magnetique”.

Technically, comics VR are not only 360° pages as we can saw in hundreds ways in the past as today, they had to develop a procedure, especially to communicate with the graphic artist to tell him how to draw their scenes, to let everything be in the proper perspective from the eyes of the VR viewer.

The application manages different layers to give a stereoscopic effect, although during the presentation it seemed that the implementation of the layers was not always used for comic Magnetique developed by them, but only sometimes (maybe to decreasing developing times).

Oniride did not want to create motion comics, but only and exclusively static comics in VR, possibly creating a new trend to use VR technologies

At the end of the talk they also give us some information about development costs:

The idea of Oniride is to create a new content creation standards in virtual reality and attract new investors.

The future will give its verdict.

October 26th, 4.30PM - Viewconference 2016, Turin (Italy). John Halstead - technical director in Pixar - show us the process of research and development that led his team to the making of Hank, octopus character in the newest Pixar’s movie “Finding Dory". 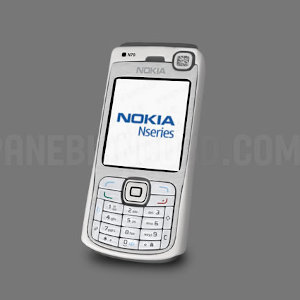